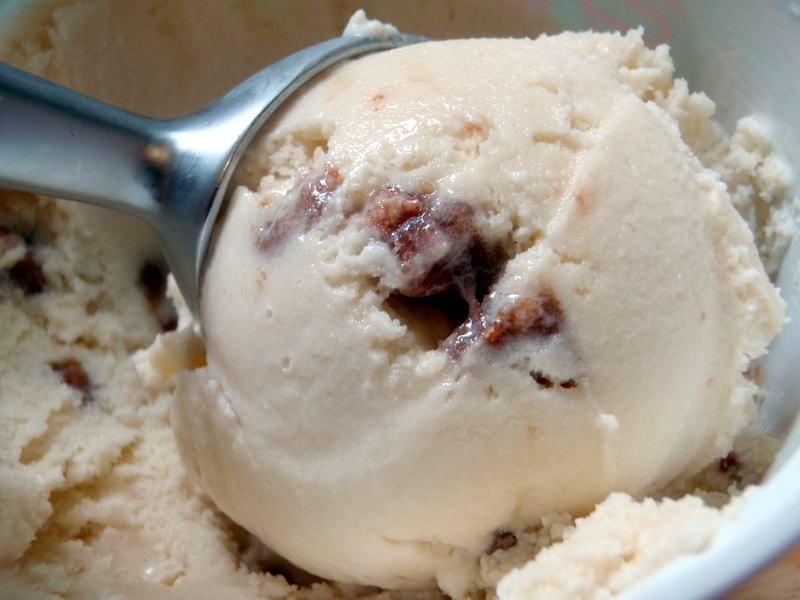 Is This For Real?

Frozen Jose Mier recently went through every state’s favorite ice cream flavor, and there were some very unique flavors among them such as Eskimo ice cream. That ice cream comes close to the next flavor I’m profiling in that in the official recipe the use of animal fat is called for. However I have not yet profiled an ice cream that contains meat. Until now, that is. That’s because I’m talking about bacon ice cream.

At first glance it may seem somewhat strange. Are you seriously telling me to put bacon in my ice cream? Yes, I am. For those who have been around the food industry for some time you know that bacon has been one of the hottest flavors around. It would seem that bacon’s sky-high popularity is the reason for adding it to just about everything from ice cream to martinis. And if you think about it it’s not that strange.

What is it about bacon and that we delight in? Well, it’s salty and a little sweet and depending on how you cook it, it can be incredibly crisp and crunchy. Also depending upon the type of bacon and cooking methods you may also have the flavors of maple and smoke. With the exception of smoke all the other characteristics lend themselves well to being an ice cream ingredient.

The recipes I found online— and there are many—tend to lean toward bacon maple ice cream. As I’ve said bacon is quite often partnered with maple flavor and even if it isn’t lots of people like to smother it with maple syrup. I find the recipes are all fairly similar and you can check out these recipes on The Spruce Eats, the Food Network or on sites like this one from David Lebovitz. Also because of bacon’s popularity there are lots of instructional videos to show you how to make it to yourself.

Bacon may be overwhelmingly popular these days, and it really isn’t out of the ordinary to see it added to ice cream, but it’s still not popular enough to be found commercially. Alas, no bacon ice cream at my Sun Valley, CA parlor! That means you’re going have to make it yourself. And why not? When you look at the recipes I’ve included above you’ll see that the ingredient list is rather short. If you try the Spruce Eats recipe you’ll see that it calls for bacon to be sprinkled on top of the ice cream and not mixed in. Once you start scooping up though, all bets are off as the bacon bits will indeed permeate your entire scoop.

This ice cream would go well in a bacon-themed dinner party. Start with bacon martinis for your cocktails, move onto bacon cheeseburgers for the main course, and end on a delightfully bacony note with this bacon ice cream. Give it a try and let me know how it goes.

← Do You Like Pina Coladas? Frozen Jose Mier and the Giant Chipwich Cake →