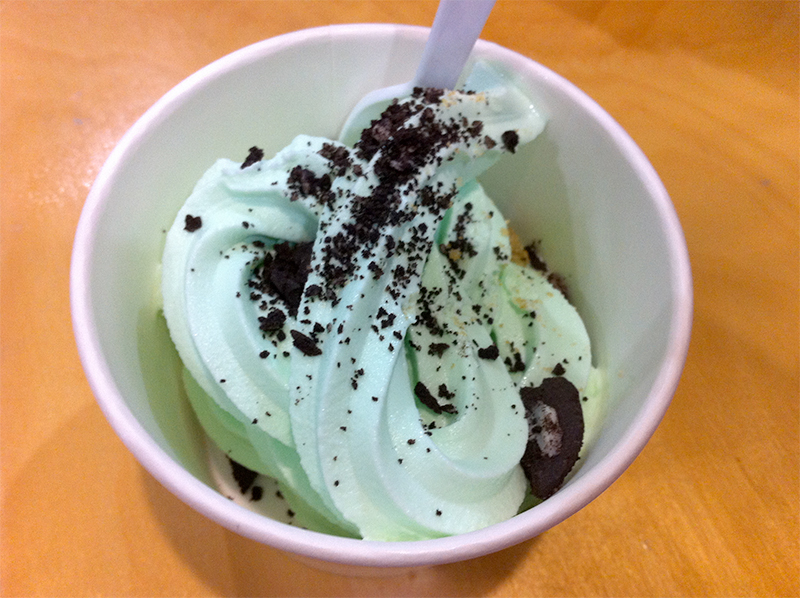 Frozen Jose Mier on the Origins of Frozen Yogurt

The ubiquity of frozen yogurt is such that hard to believe that it’s a relatively recent invention. Frozen Yogurt as we know it arrived on the scene around 1970 (although packaged yogurt with fruit hit the US in the late 1940s). The health food craze was in full swing around this time and people looked to frozen yogurt as an alternative to ice cream, something healthier and with less fat. Now, of course, you can find a frozen yogurt shop on almost any corner in the United States. Taking a tour of my Sun Valley, CA streets I can hardly go one block without spotting one. It’s that popular.

Whatever its origins frozen yogurt is here to stay it’s very popular. As I mentioned it’s available just about anywhere but if you’re really adventurous and want to try making it yourself you can. One recipe on thekitchn.com shows you how to do it. The author, however, says that she had a lot of trouble finding a good recipe and ended up experimenting until she found one that works for her. The trouble is yogurt has a lot of water in it which will form ice crystals when frozen. This means that yogurt frozen this way without any additives will be decidedly not creamy. The key, as she states, is the addition of corn syrup to prevent the formation of ice crystals.

In addition to online recipes like this one there are, of course, many, many YouTube videos as well as videos on other websites that go through the process and show you how to achieve the taste and texture of frozen yogurt that you desire.

I know this is a bit of a break from my most recent Jose Mier ice cream posts but I wanted to write about another frozen dessert that is so popular it really does belong in the frozen desert Hall of Fame.