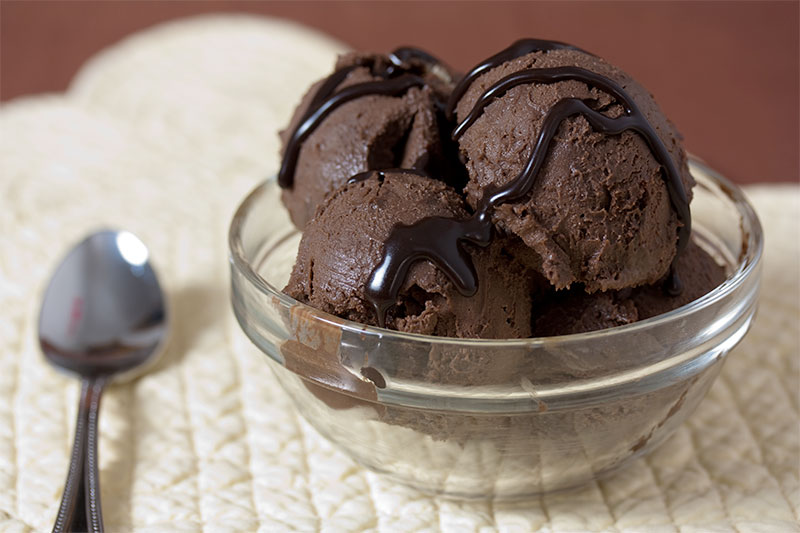 Pennsylvanians are on to something. And that’s something this chocolate. And is it any wonder since the Hershey chocolate company is based in this state? This is another one of those ice cream flavors that makes me scratch my head and ask myself, why didn’t I think of this? I can take a day—no, a week—and experiment with different ingredients, putting one favorite thing after another into ice cream until I came up with something as delicious as the maker of this ice cream has.

Who invented this flavor? The world may never know, but we owe him or her a debt of gratitude for this fantastical flavor. Unless you’re kind of in Ebeneezer Scrooge and satisfied with meager fair like gruel you love brownies. There’s something about texture of brownies, that chewiness the delights when you bite into one. And adding these chocolate morsels to rich and creamy chocolate ice cream would seem to be a no-brainer.

As I wrote about on another Frozen Jose Mier missive there’s something about the contrast of ingredients that takes an already delicious ice cream and moves it up into a category all its own. That’s true with brownie ice cream. Any ice Cream worth its salt is going to be creamy and smooth on the tongue but the addition of something like a brownie with its chewiness, made even more so by freezing along with the ice cream, adds another extra special experience. And I won’t even contemplate the thought of brownies with nuts in them. Thinking about it is making me swoon.

But I’m hardly the only one who has a fondness for brownie ice cream. Recipes abound in commercial varieties are available for those who don’t want to make it themselves. For those of us who do the act of creating this delicious flavor could turn into a religious experience. The only thing better and chocolate, in my opinion, is more chocolate. That’s what makes brownie ice cream so delicious. If William Penn were still around I’m sure he would approve. I know I do. Thanks Pennsylvania!