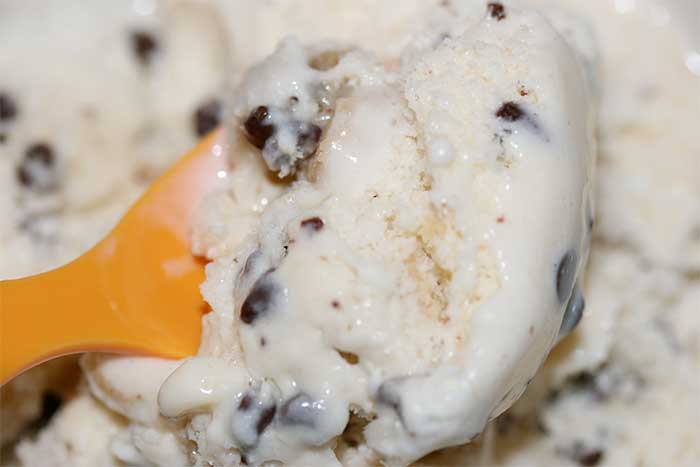 Frozen Jose Mier Shows You How to Make It

Missouri is known as the show me state and what they like to be shown is some darned tasty ice cream. Flavor of choice in the state? Chocolate chip cookie dough according to a Twitter survey.

Whoever thought up this creation was a genius. Who doesn’t love ice cream (Frozen Jose Mier nods in agreement here!)? And what kid hasn’t salivated over a taste of chocolate chip cookie dough before mom has a chance to place it in the oven? Not many. So it’s a no-brainer that these two treats would form a lasting friendship as an ice cream flavor.

People from Missouri have a reputation for being solid, stoic and skeptical so what does this flavor say about them? Well, of course it’s delicious and even the most stoic citizens enjoy a flavorful frozen treat, but the two ingredients by themselves are fairly commonplace. They kind of perfectly encapsulate the image of hardy Midwestern folk. No nonsense. Nothing exotic. No firecracker ice cream for this state. Rather this ice cream is the simple taste of home and that’s how they like it.

The flavor itself is wildly popular everywhere so if you drop in to your local parlor and look in the frozen foods section of the supermarket you’re sure to find some. For the DIY ice cream fanatics, recipes abound online so a quick hop over to YouTube will set you up with visual guides to producing your own version. In my neck of the woods (Sun Valley, CA) I can find this at my local Baskin Robbins. Join me for a scoop (or two) at 7956 Vineland Ave Suite A, Sun Valley, CA 91352.

I always suggest making your own ice cream if you have the time and tools. Not only are the flavors more profound but you won’t be adding any preservatives or artificial ingredients that many commercial brands have to include in their versions. Plus the satisfaction of tasting your own creation is more than worth the effort.

As an aside, did you know that the original waffle cone was a Missouri invention. Yes. It was born at the St. Louis World’s Fair in 1904.

Love ice cream? Love chocolate chip cookies? Have to cookies and eat them too with this Missouri favorite.

← It’s a Treat to Beat Your Feet on the Mississippi Mud (Ice Cream) The Dark Side of Nevada: Dark Chocolate Ice Cream →