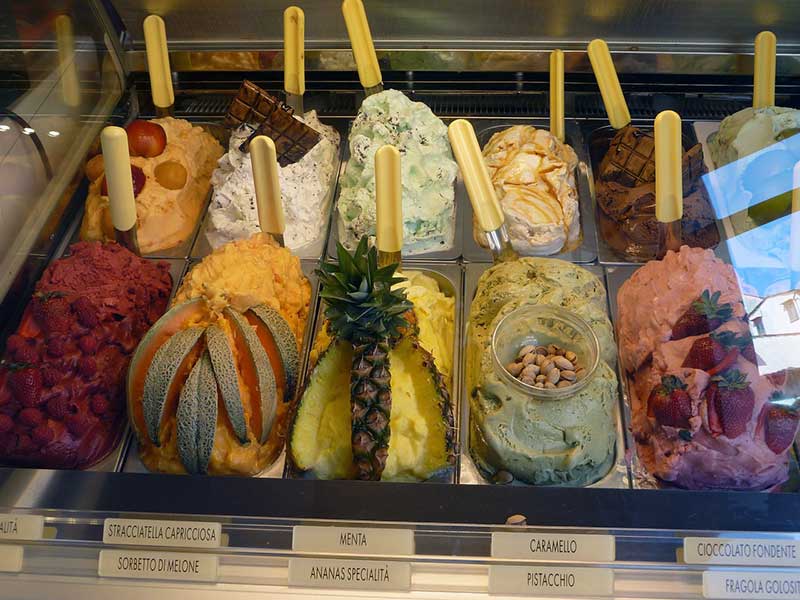 Gelato is an Italian word that implies “frozen” is the name given to frozen desserts that consist mainly of milk, sugar, cream, and flavored ingredients. That can be anything from fruit to chocolate, or recently some less traditional flavors like tiramisu or even chewing gum.

However, even if you’re not on a diet, gelato can make you forget the ice cream. Gelato is very dense and has a very intense flavor. It is very smooth, with little concern for the ice crystals that are generally present in ice cream after a few days.

The manufacturing process is responsible for increasing the popularity of gelato with ice cream aficionados. It is made in tiny batches and freezes quickly. Most ice creams freeze on the assembly line. During aging, cream and milk bind to water molecules, and this hydration reduce ice crystals. Ice cream generally has a stabilizing base. The sugar and water content is balanced to prevent stiff freezing of ice cream.

Manufacturers often add air to their ice cream after production to make it lighter and fluffier than gelato, unfortunately adding air also reduces the flavor of the ice cream. However, gelato has very little air, which explains the richness of the flavor. While gelato was produced in northern Italy using dairy products, gelato for the warmer parts of the south was traditionally produced with water and fruit.

Gelato requires a special freezer to maintain its creamy texture because it generally stays between 0 degrees -6 degrees Fahrenheit, that is, about 10 degrees warmer than ice cream. Ice cream, despite being creamier and tastier than American ice cream, actually has fewer calories and butterfat, much less than ice cream.

I have to admit I love the way places display gelato in a huge color-filled freezer and with heaping mounds of gelato beckoning me to devour them. The trouble is always which one to pick!

One Reply on “My Italian Love: Gelato”