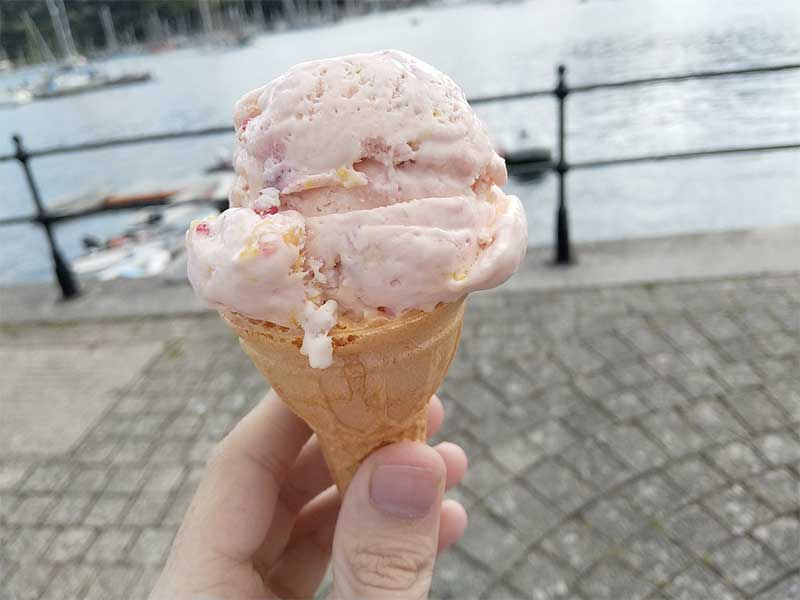 I’ve talked (or written) about obscure flavors elsewhere on Frozen Jose Mier like Blue Moon or Hokey Pokey. They’re popular but only in distinct regions of the country or the world.

Does anyone remember tutti frutti ice cream? It’s one of those flavors that over time has been eclipsed by others and relegated to a dark corner in ice cream history. Tastes change over time and it appears that our American tastes have moved on to more sophisticated flavors.

In actuality, I don’t think I’ve even ever tasted tutti frutti ice cream. I haven’t seen it on any menus and am only really familiar with it from hearing its name spoken in old movies. The last and latest reference to the flavor I can remember was in an old episode of the Brady Bunch. At the time, as a child, I thought the name sounded made up, like someone was making a joke. Surely this name was so ridiculous (at least to my ears) it couldn’t be an actual flavor, but it was.

It was some years later that I had the epiphany of understanding that it was an Italian name, tutti frutti (all fruits). Duh! Well, I guess if I saw it on a menu that it was available more recently than I remember, but today it is still not one of the most popular flavors of ice cream.

I aim to rectify that with this blog post. There’s something to be said for recreating the flavors of a bygone era. When we actually taste something that our forebears loved, we can, in a sense, go back in time and understand a little about what life was like in earlier times. No, it’s not akin to a time machine and we’re not really transporting ourselves back like Michael J. Fox in Back to the Future, but it does give us a glimpse of what things delighted our grandparents or even great-grandparents. It conjures up visions of boardwalks and parasols and handlebar mustaches.

There is no one tutti frutti recipe we can look to unless you go back to old cookbooks like 1974’s Common Sense in the Household: A Manual of Practical Housewifery. Today, though it’s easier to surf the web and find one we like, such as this one. Or here.

The idea is simple enough. At its most basic, tutti frutt is an ice cream (vanilla?) to which has been added any number of dried, candied fruits. The fact that the fruits are candied gives each bite a decided—if not crunch, then—resistance. It’s akin to the al dente sensation of your favorite Italian pasta. The colors of the fruits also add a visual delight. If our grandparents enjoyed tutti fruit for this reason, it’s no wonder we delight in similar visual treats like Superman ice cream or bubblegum ice cream.

Want to go back in time? Try a bit of tutti frutti the next time you’re thinking about a different frozen dessert. It’s go thte Jose Mier seal of approval.